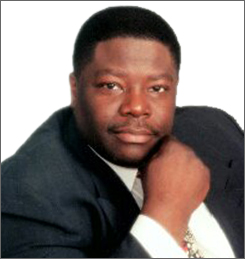 Let me help you navigate your way to Homeownership!

I was born and raised in Hampton, Virginia where I played sports all my life. I excelled in football & baseball.

In 1982, I enlisted in the United States Marine Corps and became a Hydraulic Pneumatic & Electronic Technician on jet aircraft & helicopters. While in the U.S.M.C., I excelled in football and played on the All Marine Football Travel Team (a fancy way of saying my JOB was to play football at that time). After my tour was over (6 years), I attended N.N. Shipbuilding Apprentice School. Upon completing my apprenticeship, I became a Licensed Commercial, Industrial & Residential Electrician. In 1990, I formed a promotion, marketing & advertising company that coordinated and promoted concerts, artists & premier events nationwide.  In 1995, I enrolled in Alpha College of Real Estate and became a Licensed Realtor.

In my spare time, I enjoy racing cars, motorcycles and ATV’s with my 16-year old son who is an athlete himself & excels in football, baseball & basketball (Proud Father) & yes, I coached all his teams along with previously coaching football for my Alma Mater and 7-time State Champion Phoebus High School. In 2005, I started financing and investing in real estate ventures. I then decided to make real estate finance my profession. I am now a Licensed Senior Mortgage Banker & Loan Officer. Previously I worked at Union Bank, J.P. Morgan Chase Bank & now P.R.M.G. Paramount Residential Mortgage Group.